Tourist bus stop has been moved from Jamal, Kantipath to Sorhakhutte

There are many tourist bus leaves from Kathmandu to Chitwan and Pokhara every day early in the morning from Kantipath Jamal but from July 1st, 2018 all Tourist buses Leave from Sorhakhutte in Kathmandu.

The Kantipath bus stop in Kathmandu has been moved to Sorakhutte which is Northwest of Thamel and North from Paknajol, Dhobi chaur about a 5-minute walk.

In July the bus owner committee decided to move to Sorakhutte instead of Kantipath because of the narrow road and traffic causes they had to leave Kantipath and they decided to move somewhere near Thamel then they found Sorakhutte Kaldhara road which is wide and even very close to walking from Thamel. Sorakhutte is not a proper bus station though but at least there is a wide road and all the buses park in the left side of the road. It seems like even this bus stop could not see the permanent one as it is also quite a busy road and after some years gap, I am sure they should get another place for the Bus station.

Why did the bus station move from Sorakhutte to Kantipath?

Mainly the issues of Traffic Jam at Kantipath Jamal they decided to move somewhere near Thamel instead of Kantipath. I would like to tell you the major reasons why the bus station moved is as follows:

The major junction Kalanki Chok is still under construction, therefore, the buses will be in a traffic jam at Kalanki for some time as it is one of the busiest Entrances of Kathmandu.

Are there any toilets near the Sorakhutte bus stop?

No, nothing yet, the system at Sorhakhutte and Kantipath is just the same there is no toilet for tourist, just the lines of buses to Chitwan and Pokhara all together, when you are in Sorakhutte you have to look one by one your bus name and number and destination to find a right bus ..he…we highly suggest to the bus owners to make at least contemporary toilets.

What time Tourist buses leave from Kathmandu to Chitwan and Pokhara?

There are many buses to Pokhara and Chitwan from Kathmandu Sorakhutte every morning at 7 am. you have to reach the bus station at 6:30 am checked in the bus and manage your luggage then at 7 am bus leaves from Sorakhutte.

How to get a tourist bus ticket from Kathmandu to Pokhara or Chitwan?

There are many travel agents and hotels where you can buy your tourist bus ticket as they give you a good price. Bus company close their office most of the day and open only in the morning basically so if you ask your hotel or trekking agency, or travel company they will give you a ticket easily. The cost of a tourist bus ticket to Chitwan or Pokhara is the same price either you are local travelers or foreigners the average price of the tourist bus ticket is 700 NPR to 900 NPR per person(one way).

Noted that all the buses leave at 7 am from Sorakhutte, therefore, you have to catch your bus at 6:30 am and it is about 7 hours drive and about 200 km drive to the west of Kathmandu. The buses will stop two times for lunch and breakfast before you reach Pokhara so if you are don’t have enough time to eat your breakfast early morning in Kathmandu hotel then leaving it no worries the bus will stop for breakfast after 2 hours drive from Kathmandu.

There are many buses that go to Pokhara every morning from Sorakhutte which is west of the Thamel about a 5-minute walk and the bus ticket for Tourist or locals are same price cost 7 to 9 $ It depends on the standard of the bus but the approximate price 7 to 9 $ Per person from Kathmandu to Pokhara and Kathmandu to Chitwan cost 7$ per person. Noted that go and back cost the same price.

How long is the bus ride from Kathmandu to Pokhara and Chitwan?

Kathmandu to Pokhara and Pokhara to Kathmandu popular bus companies:

Kathmandu to Chitwan and Chitwan to Kathmandu bus companies

How do get a local bus from Kathmandu to Pokhara? 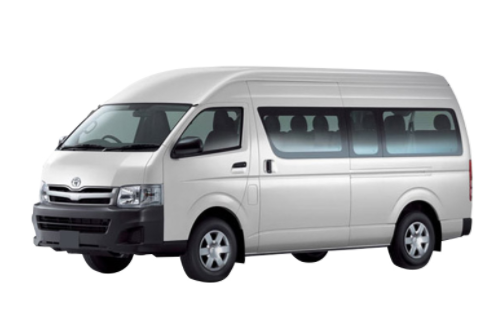