Nepal is a paradise for adventure travelers and mountaineers, with eight of the world’s 14 highest mountains over 8,000 meters located in the country. The country offers a range of exciting activities, including trekking in the Himalayas, cultural and religious tours, and moderate to challenging peak climbing. Sir Edmund Hillary and Tenzing Norgey Sherpa’s successful ascent of Mount Everest in 1953 sparked interest in exploring the Himalayan peaks in Nepal.

There are hundreds of snow-capped peaks in Nepal, including the world’s tallest mountain, Mount Everest, as well as other technical and well-known mountains. Each peak and mountain expedition has its own nature trails that offer the opportunity to explore the local Himalayan communities.

The main climbing season in Nepal is spring and autumn, but there are many peaks that can be climbed year-round. Some popular peaks include Island Peak, Mera Peak, Nirekha, Lobuche West and East Peak, and high-altitude mountains such as Mount Everest, Mount Makalu, Cho Oyu, Ama Dablam, Baruntse, Annapurna, Dhaulagiri, and Kanchanjanga. 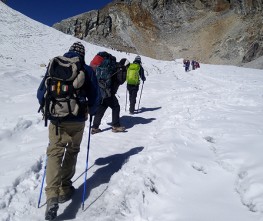 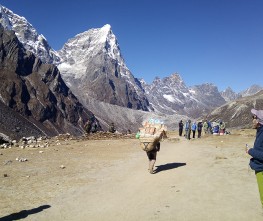