Top 10 Tallest Mountains in the world 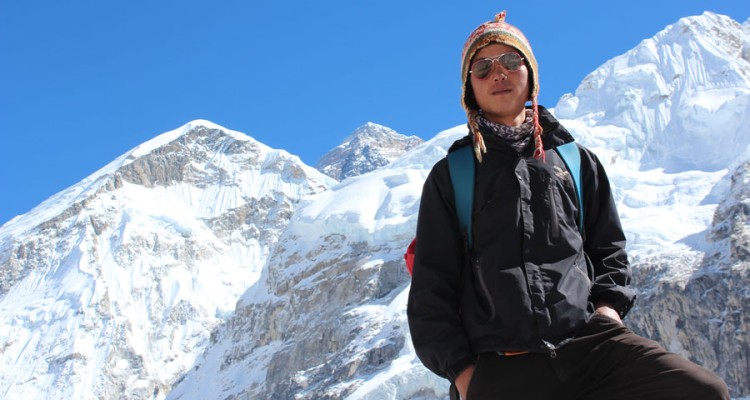 JThe mountains are a massif form of land rises above the surrounding landscapes. In general if there are greenery on the mountain that is called hill and if there are snow is mountain, it is kind of belief.

The Hierarchy of high many mountains in a raw is known as a Himalayas, which is the highest heavenly made presents in the planet. The most exotic natural things in the universe should be Mountains that one can be blessed after seeing it.

The Mount Everest is the tallest mountain in the world and it is located in the Northeast of Nepal At Solu Khumbu region.

The first ever Mt. Everest has been summit in May 29, 2053 by Sr. Edmund Hillary and Tenzing Norgey Sherpa. The popularity of Everest region became drastically increased after the summit of Everest than the people all over the world focus to hike to Everest base camp which is now is a number one popular trekking route in Nepal.

The Second tallest peak in the world is Mt. K2 and it is situated on the border of Pakistan and china as it is technically the most difficult mountain to climb. K2 is the positions for 2nd mountain peak o the range of Karakorum.

As you know that the shape of Mt. K2 is really strange and steep even though there are about 250 climbers have been summit the Mt. K2.

There was so many different climbing group who wanted to attempt this mountain at the beginning but the first k2 summit was from Italy as they were a professional Italian expedition group and they have summit in 1954.

Beside the climbing activities at this mountain, there are so many trekkers visit this mountain base camp and enjoy their adventure time with family and friends. It is a beautifully made gorgeous mountain in the planet.

The 3rd tallest mountain of the planet is Kanchanjunga which is located on the border of India and Nepal. In other way this massif mountain used to called “ The five treasures of snows” as it is blessed by five treasures of God that all symbolized the gold, gems, silver, grains & Holy books.

It is one of the most popular remote area trekking trails in Nepal and India Both. This kanchanjunga area is very remote geographically hence; the trekking route and tea house are not well managed even though there are hundreds of people go for the hiking and climbing during the best trekking season.

It is summit for first time by George Band and Joe Brown in 1955.

According to the recent survey and all Mt. Lhotse is the 4th highest peak in the world with the height of 8511 m from sea level. It is situated between Mt. Everest and Nuptse in Khumbu Everest region.

It is one of the hardest climbing peaks according to the summit word and experiences because it is constructed without enough snow therefore it looks like rock but very strange steep one.

Mt. Lhotse is also known as a deadly mountain in the world as it difficult to summit cause of strange shape and less snow along the route. It is clearly seen from Digboche, Kalapthar and Gokyo Ri when there is clear day. Ernst Reiss and Fritz Luchsinger two are the first time summit of this mountain.

The height with 8462 meter mountain is MT, Makalu which is located in Nepal. It is 4th tallest snow peak mountain in the world.

Relatively Mt. Makalu is also one of the difficult mountains for climbing because it has very sharp top and steep way to reach to the summit. It is one of the finest climbing peaks in the isolated forms.

It is successfully summit in 1955, for first time by Lionel Terry and Jean Cozy.

Another tallest mountain peak in the planets is Mt. Cho-Oyu, it is located in the Himalaya range In Nepal. World’s 6th tallest peak is Mt. Cho- Oyu which is clearly seen from Gokyo valley trek, Gokyo village and Gokyo Ri view point.

According to the Tibetan language and belief the Mt. Cho-Oyu is known as “Turquoise Goddess” of Himalaya.

Trekking in the Everest region along Gokyo valley is the best way to see this mountain with a beautiful shape. It is summit by Pasang lama (Nepali), S, Jochler, and H. Techy.

Mt. Dhaulagiri is a massif snow cap mountain with the altitude of 8167 m. it is the 7th tallest mountain in the world.

Mt. Dhaulagiri is a popular mountain while you are doing Annapurna Circuit and Ghorepani Poonhill trek because it is clearly seen with its all shape from those trekking spots.

Dhaulagiri means “white Mountain” it is also a popular and difficult climbing peaks in the world. It is situated in the north central parts of Nepal. There are so many trekking routes because of Mt. Dhaulagiri and Annapurna massif in the central north part of Nepal. If you wish to trek on a adventure trekking route in Nepal than you can try Dhaulagiri base camp. It is probably the most hardest and remote trekking route of Nepal.

Mr. Dorji. Nawang. Nyima Dorji, P. Diener and K.Diemberger are the man who has summit this massif mountain for the first time in May 1960.

Mt. Manaslu is an 8th tallest peak of the planet, located in the Himalaya of Nepal. It is quite high mountain over 8 thousand meter. The actual height of Manaslu is 8163 m from the sea level.

It is also another technical mountain mostly surrounded by hard ice even at the base of mountain. The meaning of this mountain is truly meaningful called “Mountain of spirit” it make sense no doubt.

After Everest region and Annapurna region trekking routes the Manaslu is the 3rd popular area for trekking activities, where thousands of trekkers make their

Destination each trekking season. The name of popular trekking route around Mt. Manaslu is Round Manaslu trek via Larke la pass and Tsum valley.

The beautiful eight highest peak Mt. Manaslu has been summit by T. Imanishi in 1956.

Nanga Parbat is the 9th highest mountain in the world. It is located on the south side of Pakistan.

The height of Namga parbat is 8125 meter as it also known as killer mountain because there was so many climbers who were not successfully summit and died while they were climbing it is hardest peak to climb.

The meaning of this mountain is “Naked Mountain” and it is summit by Australian climber Bahal in 1953. Trekking adventure trips are really popular also in Pakisthan because of this beautiful mountain.

Mt. Annapurna is another famous high mountain for climbing and trekking route in the world. It is located in the central part of Nepal and height of Mt. Annapurna one is 8091 m.

It is 10th tallest mountain out of 14th over 8000 m High Mountain in the world. It has a meaning came from Sanskrit language means “Goddess of the harvests”. The shape of this mountain looks really flat at the top and thin hence it is known as a dangerous mountain for climbing.