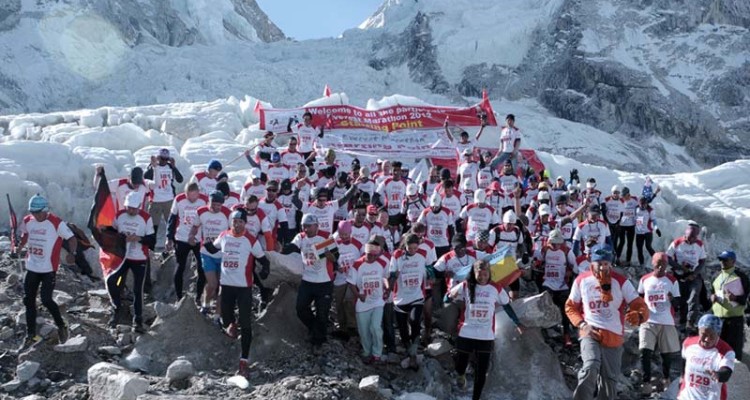 The other decision with half Long distance race running just 50% of the complete separation of minimal more than 21 k.m. from the town of Dingboche to Namche Bazaar. The running trails from Everest base camp at first are difficult to run on the grounds that there is ice sheet and furthermore Rough way than constantly downwards to Gorakshep-Lobuche-Dingbuche all Climbing. After Dingbuche you have run somewhat tough to the little point around 25 minutes a similar route back to Dingboche-Tangbuche than Namche where you going to complete your opposition.