Nepal is not only the land of mountains It is also the land of festivals. There are more than 50 festivals celebrated in Nepal every year. While the national festivals have fixed dates, religious festivals are set by astrologers following the lunar calendar. The best part about the festivals in Nepal is that all the events are celebrated with the same enthusiasm and galore the way it used to be hundreds of years ago when people had no other means of entertainment. 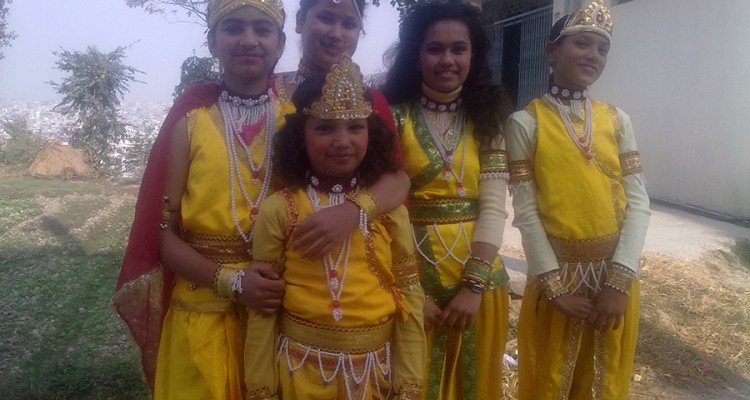 Nepal has so many ethnicities, religions, different dialogue, and traditions in each and every region this is why there are many festivals in Nepal.

Religious practices are an important part of the lives of the Nepalese people. Festivals in Nepal Mythologies of various Hindu gods and goddesses abound in this country and cultural values are based on the philosophies of holy books, this is important to all travelers in Nepal and to respect the nature and mountain spirit and its culture. festival in Nepal shows you so many interesting things.

Dates as per Hindu / Buddhist Lunar calendar of the auspicious occasion of following festivals and celebrations and worship day and seasons of following events:

The dates and month may differ every year from Nepali Luna calendar Bikram Sambath B.S. to common christen calendar A.D but in general, these are the festivals in Nepal.

Jan 12:  Tol Lhosar of Tibetan Buddhism calendar this year 2015 Year of the Sheep celebrated among Gurung community throughout the country.

Sonam Lhosar of Tibetan Buddhism calendar this year 2015 Year of the Sheep celebrated among Tamang tribe community throughout the country.

Lord Shiva is one of Nepal’s most popular gods. During Maha Shivaratri, his “Great Night”, followers throughout the Indian sub-continent crowd the Pashupati temple to worship him. Colorful Sadhus, the wanderings sages who emulate Shiva, rub ashes over their bodies, give lectures to disciples, meditate, or practice yoga. Devotees pray to Shiva’s image inside the temple at midnight and may queue for up to six hours to look at the image. Bonfires are lit, neighbors and friends share food, and devotees enjoy two days and a night of music, song, and dance throughout the Pashupatinath complex and in the streets.

There will be elaborate arrangements enabling sadhus and devotees to pay darshan to the Lord Pashupatinath during the Mahashivaratri. Makeshift shelters will be provided for visiting Sadhus and pilgrims from Nepal and India who are expected to arrive at the Pashupatinath area. The routes leading to the temple have been barricaded in order to regulate the entry and exit to the temple. Medical camps will be set up and medical services will be available round the clock for the needy. Mahashivaratri, or the night of Shiva, the Hindu god of destruction, falls on Wednesday night. It is the biggest festival observed in Pashupatinath.

As per the Tibetan Buddhism calendar this year 2015 Year of the Sheep celebrated among the Tibetan / Sherpa community throughout the country.

Holi marks the end of the winter gloom and rejoices over the starting of the springtime. It is the best time and season to celebrate; People play with different colors.

Visitors are often amazed by the fine horses of the Nepalese army, and Ghode Jatra is a time for the most graceful of these animals to perform before the public eye. Legends relate that this “horse festival” was begun after the Kathmandu people buried a demon under the soil of Tundikhel showgrounds. They say that he may rise again and cause worry to the world if he is not trampled on by horses each year. So every spring, this victory over evil is celebrated in the Valley by organizing palanquin processions and a grand display of show jumping, motorcycling feasts, and gymnastics.

Nepalese New Years’ day observed in a grand way. One of the great Bisket Jatra happens in Bhaktapur which is not to be missed.

Nepali New Year started from the time of king Samrat during the golden era of civilization and proper organization of towns and cities of the country, which is 55 to 56 years ahead of christens calendar. However, the tourism industry and related follow christens calendar, local schools, and government-run in Nepali Calendar. May 25, 2013: Buddha Jayanti:

The ever benevolent Buddha was born in Nepal, and the religion is preached is the second most popular in the Kingdom. On a full moon day, the Lord’s birth, enlightenment, and salvation is applauded throughout the valley with celebrations. Swayambhunath and Bouddhanath Stupas are prepared for the oncoming festivities several days in advance. Monasteries are cleaned, statues are polished, bright prayer flags waft in the breeze, and monks prepare to dance. On the Jayanti day, people reach the stupas before dawn, go around them and give an offering to the many Buddha images there. On the final day, in a nearby field, courtiers fire ancient muskets as a high lama shoots an arrow at a red demon effigy laid on a ragged tiger skin. He tosses five more demons into the sand to signify the exorcising of the city.

Teej is the fasting festival of women in Nepal. Married women observe Teej fast to honor Lord Shiva and for the long and healthy life of their husbands. Unmarried girls also observe fast on this day for a good husband. Teej celebrations last for three pious days. Traditional dances and songs form an important feature of Teej celebrations. The red color is considered auspicious for women observing Teej fast and so most of them dress up in red or bridal clothes.

A weeklong festival begins by hoisting Lord Indri’s flag (Indradhoj) at midnight and the faces of Bhairava’s deities are displayed in important public places. Indra King of heaven and controller of the rains have once again blessed the Valley. As the end of the monsoon nears, farmers look forward to a rich harvest, everyone is grateful to the devas for his help. For eight days, Kathmandu’s Durbar Square is the focus of a great celebration fit to “flatter the King of Heaven”. Indra’s Dhwaj, or flag, is erected on the first day. It is said that many centuries ago, Indra’s mother needed specially-scented flowers but could not find them in heaven’s gardens. Indra discovered parijat (gladiolus) flowers in the Kathmandu Valley and tried to steal them for his mother. He was caught and imprisoned by the Valley people. When Indra’s mother came searching for him the people were appalled by what they had done. They released Indra and dedicated one of the most colorful festivals of Nepal to him to appease his anger. Masks and statues representing Vishnu, Bhairab, and Shiva are shown to the public, and the Goddess Kumari witnesses the special occasion from her chariot. Indra is thanked for the rains and assured once again that he is respected in the Kathmandu Valley.

Among many festivals in Nepal Dasain is the biggest and longest favorite festival of Nepal. Everyone stays home with their families, all offices and schools are closed. The skies of Kathmandu are filled with kites and the marketplaces are filled with farmers bringing their goats, buffaloes, ducks, and Chickens to sell. The animals are to be sacrificed on the night of ‘Kal Ratri’ to goddess Durga to celebrate her victory over evil. On the day of Dasami, everyone puts on new clothes and goes to honor their family elders, where they received large red ‘Tika’ of vermilion paste on their foreheads. In the following days of Dasain, families, and friends unite, feasts are consumed, the blessing is imparted and gifts are exchanged. Nepal’s most beloved festival ends with the full moon.

The beginning of the greatest festival ‘Dasain’, lasts for nine days. Sowing of maize and barely called Jamara in the local language.

The real festival becomes visible. Brahmins go to Gorkha Durbar and bring flowers, etc. from the shrine there and it then placed in the Pooja room of Hanuman Dhoka. His Majesty and other members of the Royal family witness the Army parade and accept the Guard of Honor.

Eight days after the festival is known as ‘Kalratri’. Animals (goats, buffaloes, and ducks, and chickens) sacrificed in the temples of Goddess Durga and also at homes. The offering of sacrifices continues on a ninth day too.

Period of Dashain festival and preparation for the big event.

Elders and seniors in each Hindu house mark the foreheads of juniors with ‘Tika’ or red color marks. Respectable relatives are visited. Feasts are held, full of festivities.

This is the second big festival of Hindus in Nepal. It is also known as the festival of lights, is a time of candlelight, tinsel decorations, and festive colored sweets. On different days, there are offerings and small celebrations for crows, dogs, cows, and oxen. On the night of Laxmi Puja, garlands are hung and lamps are lighted to invite Laxmi, the goddess of wealth into the home and offices. Maha Puja, the New Year’s Day according to the Nepal Era, is the day of the self when people give themselves blessing to remain healthy and happy for the rest of the year. Bhai Tika, the last day of Tihar, is the day when sisters make offerings to their brothers. The ritual of breaking wall-nuts, putting on garlands of Makhamali flowers, and encircling brothers in rings of mustard oil protect them from Yama, lord of the Netherworld. On the first day of the festival people worship ‘crows’ and on the second day ‘dog’ is worshipped in the morning and is given good food to eat.

Festival of Lights- Worship of Goddess of Wealth celebrate with great pomp and grandeur all over the Kingdom of Nepal.

Hindus worship cows and regard this animal as a mother.

Last day of the ‘Tihar’, sisters mark their brothers’ forehead with Tika, garland, sweets, and pray for their long life and prosperity.

This is a Sherpa festival celebrated during the fall at Tengboche Monastery in the Everest region. For 5 days, Lamas and Sherpas gather for “the good of the world”. There are plays, masked dances, prayers, and feastings. Demons are quelled and the pious rewarded. The days are colorful and trips to the Everest region are very rewarding.

What is not included

A private departures on any day all around the year can be arranged for this trek/tour, for more details and dates E-mail info@safeholidayadventure.com